The award winning and highly acclaimed band Le Vent du Nord are a leading force in Québec’s exciting and progressive Francophone folk movement. The group’s vast repertoire draws from both traditional sources and original compositions, while their highly rhythmic and soulful music, rooted in the Celtic diaspora, is enhanced with a broad range of global influences.

Le Vent du Nord look beyond the standard approaches to tradition in their collaborations and they’ve also created a symphonic concert that, according to Voir Montreal, “puts all traditional folk naysayers to shame.”

On stage these five friends create intense, joyful and dynamic live performances that expand the bounds of tradition in striking global directions. This is the modern sound of tradition, a music of the here and now.

Hailing from Saint-Côme, Québec, an environment where tradition is still very much alive. Simon inherited a solid family musical background from both his grandfathers (one a fiddler, the other a singer) and went on to polish his craft by earning a music degree at Joliette College. He started out by performing, as a solo artist and in a duo with his brother Éric, traditional repertoire and songs from the great québecois songwriters in many cafes around his hometown. Later on, he accompanied the “Petits pas jacadiens” dance troupe of Saint-Jacques-de-Montcalm before joining Le Vent du Nord, with whom he now travels the world, displaying his sweet voice and his rich, personal guitar & bouzouki playing. Since 2018, he is also evolved in a new project by Duo Beaudry-Prudhomme
Envelope

Nicolas grew up with the family repertoire and the songs collected by his father. His passion for traditional music led him to Ireland and France, where he learned to play the hurdy-gurdy. A young, talented and charismatic musician, Nicolas has been active on the folk circuit for the last ten years, starting out with Ad vielle que Pourra and MontcorbieR. Alongside Olivier Demers, he recorded the album Le vent du nord est toujours fret… , which was the genesis of the group Le Vent du Nord. He has also worked alongside several other artists such as the jazz septet Ovo, Les Batinses, Dobacaracol, Les Zapartistes, Benoit Charest and Michel Faubert. He is co-founder & co-organiser of La Veillée de l’avant-Veille (a major dance night event in Montreal now in its 22nd year), and also of the Chants de Vielles festival in Québec.
Envelope Facebook Bandcamp Spotify
Website

André Brunet was born in Lacolle, in Québec’s Montérégie region. Growing up, it was his parents who first noticed his keen interest in music and encouraged him to follow his passion. André’s first love was for the violin and, at the age of nine, he began taking lessons. Along with brother Réjean, he created Les Frères Brunet and went on to record several albums and perform at various concerts around the world. In 1997, André’s unwavering energy and refined style earned him a spot with La Bottine Souriante, with whom he toured more than 15 countries over the course of 10 years. Although his journey with La Bottine Souriante came to an end in 2006, André remained immersed in traditional music. He joined Le Vent du Nord in 2016. At the Grand Masters Fiddling Competition in 2008, André took home the top award (the first time a Québécois had won this prestigious honour!). Between 2004 and 2017 he toured with De Temps Antan and since 2018, he has been a member of Le Vent du Nord. His passion for traditional Québec music continues to pave the way for dance and swing enthusiasts the world over.
Envelope Facebook Bandcamp
Website

Réjean started playing traditional Québécois music as a very young boy, growing up in the village of Lacolle, Québec. After performing as a duo with his brother André (well-known for his work with La Bottine Souriante and the Celtic fiddle festival) and recording three albums, Réjean joined La Volée d’Castors. He toured with them for 8 years, performing in Europe, Canada and the U.S. and they released 5 albums. Réjean is also frequently invited by traditional musicians such as Sabin Jacques, Richard Forest and Gaston Nolet to join them on stage or in the recording studio. He has been a member of Le Vent du Nord since 2007.
Envelope

Trained as a violinist and also a guitarist, Olivier started out in chamber music and later moved on to jazz. His great versatility allowed him to work with a wide range of artists (La Bottine Souriante, Cirque du Soleil, Michel Faubert, The Bills, Dany Bédar, Boom Desjardins, Les Ours, Mario Pelchat, Ovo) as well as to compose music for the NFB [National Film Board of Canada] and commercials. He now describes himself as a violoneux (fiddler), having devoted the past ten years of his life to traditional music. He has played with MontcorbieR, was part of the duo Boulerice-Demers (two albums, among which Un peu d’ci, un peu d’ça, was named as Canada’s best traditional music album for 2006) and has been very active in promoting the tradition as co-founder of La Veillée de l’avant-veille, Roues et Archets record label and as co-organiser of the Chants de Vielles festival in Québec. 1000 airs du Québec et de l’Amérique francophone – TOME I
Envelope Bandcamp
Infos 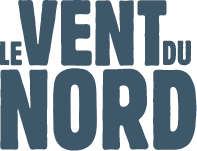 © 2023 Le Vent du Nord
Website RELIEF
We use cookies on our website to give you the most relevant experience by remembering your preferences and repeat visits. By clicking “Accept”, you consent to the use of ALL the cookies.
.
Cookie SettingsAccept
Manage consent

This website uses cookies to improve your experience while you navigate through the website. Out of these, the cookies that are categorized as necessary are stored on your browser as they are essential for the working of basic functionalities of the website. We also use third-party cookies that help us analyze and understand how you use this website. These cookies will be stored in your browser only with your consent. You also have the option to opt-out of these cookies. But opting out of some of these cookies may affect your browsing experience.
SAVE & ACCEPT